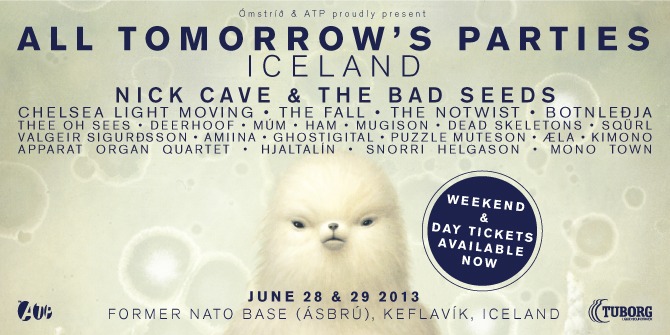 ATP can today announce Portishead and Interpol as the first headline acts for ATP Iceland 2014. Neither have performed in the country before, and ATP are very proud to be the first to bring them over.

Check out some beautifully shot footage of múm from the inaugural ATP Iceland festival back in June.

We can now offer the remaining posters that we have in stock following the ATP Iceland event for sale on the ATP store. These beautiful pieces feature art by Mark Ryden and we have 2 versions available. Both are super limited! See below for the details...

ATP is proud to announce that local rock legends BOTNLEÐJA have been confirmed to headline Friday night at ATP’s first Icelandic endeavor...