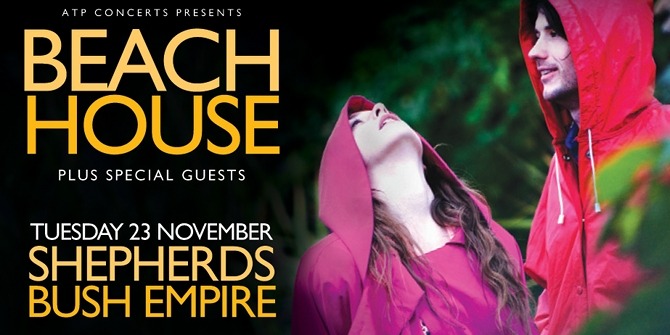 We can now announce the stage times for Beach House's London show at Shepherds Bush next Tuesday. There are still a tiny amount of tickets left for this but they're selling fast. We can also confirm Beach House live band member Steve Strohmeier will play a short set to start off the anything. Here are the details including ticket link...

After playing a stunning series of shows both at a sold out Bush Hall and to rapturous applause supporting Grizzly Bear at The Roundhouse, Beach House will return to London this November...