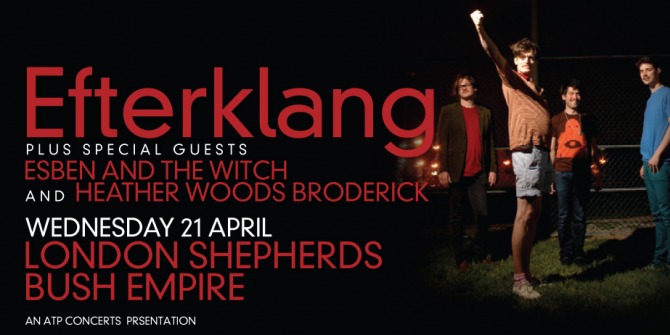 Stage times for Efterklang at Shepherds Bush Empire tonight are...

Esben And The Witch + Heather Woods Broderick to support Efterklang

Our friends at Wegottickets have let us know that on Christmas Day they will be donating all of their booking fees to the Warchild charity...

Danish band Efterklang will play a London show at the Shepherd's Bush Empire next April to support their new album which is out in February on 4AD...