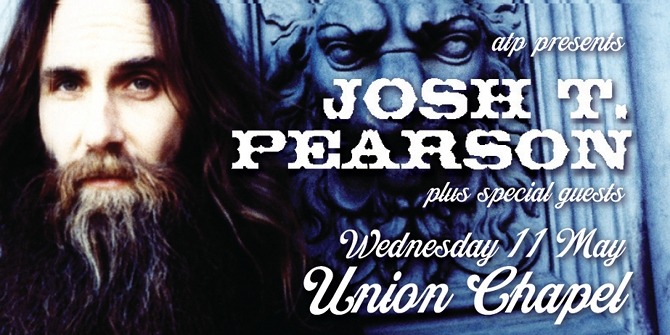 Texan Josh T. Pearson is a man whose legendary musical output has only grown in stature over the years. Many will be familiar with the short-lived phenomenon that was Lift to Experience, which released one sprawling masterpiece - 2001's The Texas-Jerusalem Crossroads - before splitting up soon after....

Josh T. Pearson on our Soundcloud

We've been given a track from Josh T Pearson's acclaimed new LP Last Of The Country Gentlemen (out now on Mute) to host on our Soundcloud...

Josh T. Pearson's debut solo album is out soon on Mute, and we're very pleased to be able to present a London show at the wonderful Union Chapel this May where Josh will also be accompanied by a string quartet. Tickets are on sale today for £12.50, here's the full info...