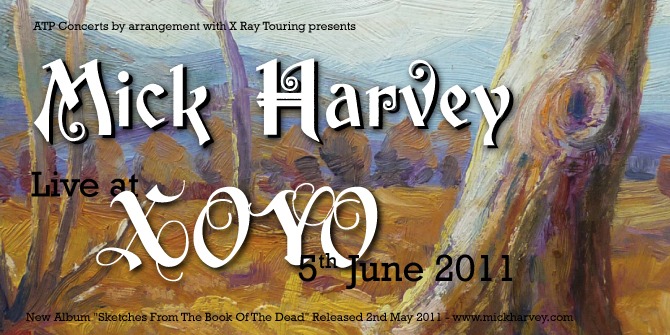 Stage times are now confirmed for Mick Harvey's London show this Sunday at XOYO. Tickets are available online in advance or will be available on the door on Sunday. Here's the full info including ticket link...

Gemma Ray is confirmed to support Mick Harvey at London's XOYO early next month. Tickets are on sale now, here are the details...

We've got a free track from the forthcoming new Mick Harvey album available to download now from our Soundcloud page. Mick plays London's XOYO this June, details below...

Mick Harvey (The Birthday Party, The Bad Seeds) has a new album out on Mute called 'Sketches From The Book Of The Dead' which is to be released on the 2nd May...