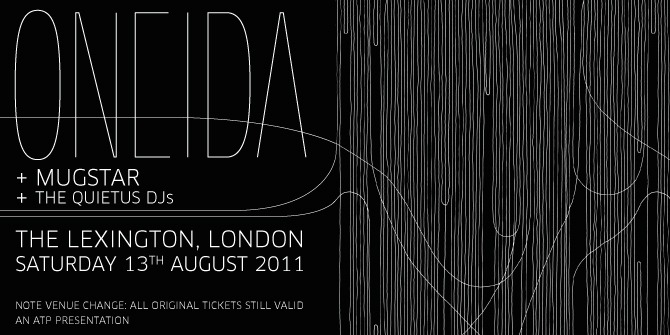 Mugstar and Quietus DJs have been announced as the support acts for Oneida next Saturday 13th August. The show has moved to the The Lexington. All original tickets listing Scala as venue will be valid for the new show...

To celebrate their forthcoming London show and their appearance at ATP Asbury Park this September, our friends at Jajaguwar and Oneida have given us a a Free Oneida Sampler Album featuring tracks from the band's last six albums...

The mighty Oneida who have just released the third installment in their Thank Your Parents series entitled Absolute II, will play London's Scala this August. Tickets are on sale from today, details below...