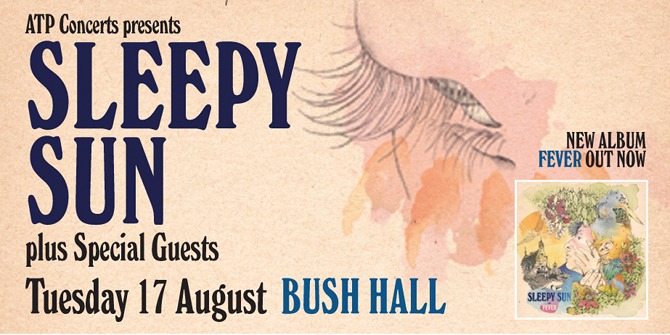 Sleepy Sun will play London's Bush Hall tonight with support from Hush Arbors. Tickets are now off sale but we have a limited amount left which we will sell on the door tonight. See below for full info and times...

The excellent Hush Arbors have just been confirmed to support Sleepy Sun at London's Bush Hall next month. Tickets are on sale now, full info below...

ATP Recordings is very proud to present the second album from Sleepy Sun, named Fever, which is out today in the UK and Europe. A release in the USA/Canada will follow on the 1st June...

Sleepy Sun will be releasing their second album Fever on ATP Recordings next Monday 17th May in the UK/Europe and on the 1st June in the USA/Canada, and they've just confirmed a new London headline show for later in the year...