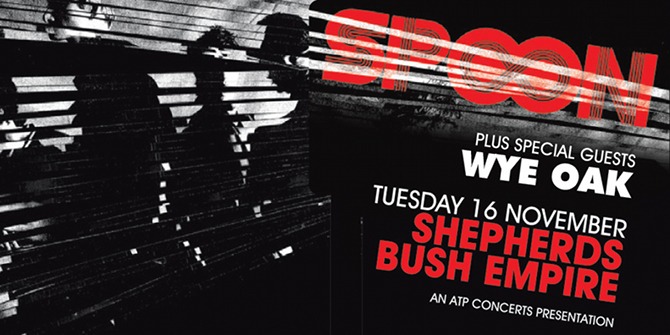 After playing a fantastic show at the Electric Ballroom for us a few months ago, we're happy to announce a new Spoon date for later this year at the Shepherds Bush Empire...