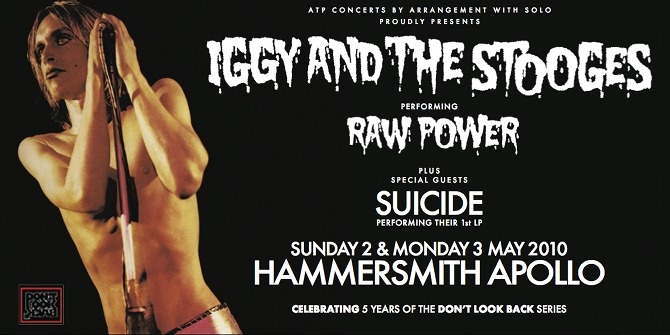 Stage times for this weekend's Iggy & The Stooges London shows

We can confirm that the stage times for the Iggy & The Stooges Don't Look Back shows this coming Sunday and Monday at London's Hammersmith Apollo will be...

"The world was not ready for Iggy and the Stooges"

There's a very enjoyable and in depth article about Iggy & The Stooges and the forthcoming new edition of Raw Power at The Guardian website today...

The first night of our special Don't Look Back event in London where Iggy & The Stooges will perform Raw Power and Suicide their first LP is now SOLD OUT. Limited Tickets are left for Night 2...

Our friends at Wegottickets have let us know that on Christmas Day they will be donating all of their booking fees to the Warchild charity...