End Of An Era Part 2 curated by ATP & Loop 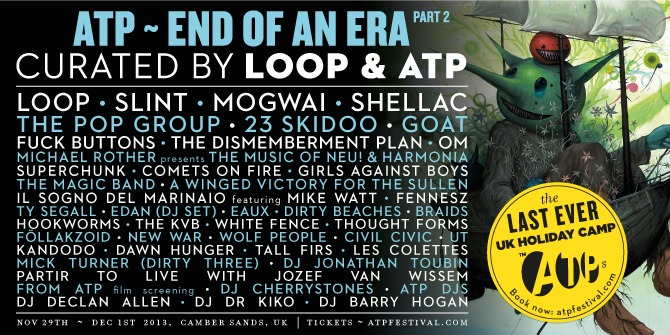 Pre-orders for the second run of Giclée art prints from both End Of An Era festivals will be closing on January 6th & the first ATP Iceland 2014 band announcements will be revealed next week.

ATP END OF AN ERA FUZZ PEDAL vs THURSTON MOORE!

You can now check out Thurston Moore of Sonic Youth / Chelsea Light Moving using the pedal at Youtube...

End Of An Era Part 2 - the last of our UK holiday camp festivals - takes place this weekend...