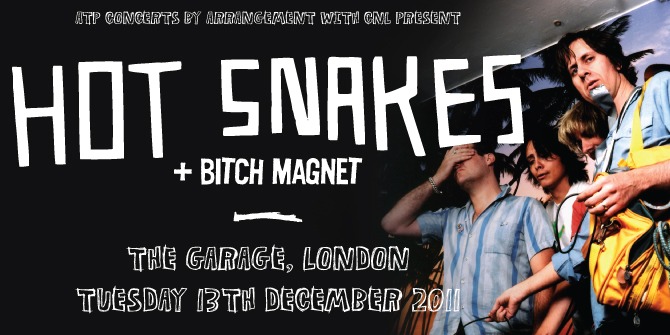 Bitch Magnet will reform this December at the request of Battles to perform at the ATP Nightmare Before Christmas festival on the 9th-11th December at Butlins, Minehead, UK....

Two fantastic London shows as announced earlier this week are now on sale...

As previously announced when they joined the line-up of our Nightmare Before Christmas festival, HOT SNAKES will reform this December at the request of Les Savy Fav - this American rock group led by Rick Froberg (Drive Like Jehu, now of Obits) and John Reis (Drive Like Jehu, Rocket From The Crypt, now of Night Marchers) formed in 1999...