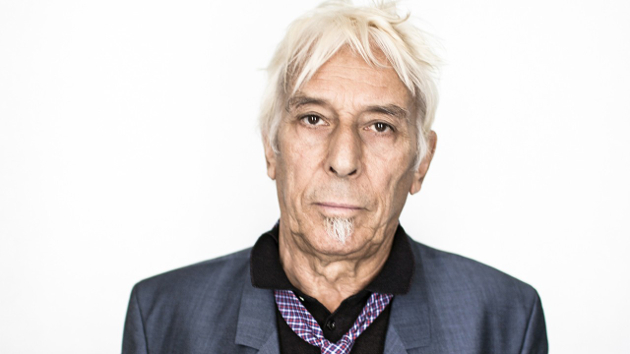 Stewart Lee also adds Laetitia Sadier - alluring female voice of iconic 90's band Stereolab, Sarah Gail Brand - the musician described by The Wire as the most exciting trombone player for years - who will be accompanied by Mark Sanders, and vocal improv trio Skatgobs to his April 15-17th weekender. Ted Chippington will perform in advance of The Nightingales. Folk artist Alasdair Roberts also joins the bill, as well as experimentalists The Bohman Brothers, and cranc with Rhodri Davies. In addition to Evan Parker's quintet (featuring Thurston Moore), Evan Parker, John Russell & John Edwards will also perform as a trio. Plus, Singer-songwriter and multi-instrumentalist Olivia Chaney, and London based progressive, heavy, rock band Suns of Tundra join the bill. Andy Moor (The Ex) and John Butcher perform as a duo, as well as Terrie Ex and Han Bennink. Comedian Michael Legge joins the festival as compere.

Plus, pay attention happy campers! Stewart Lee releases his Recommended Reading for his All Tomorrow's Parties 2.0, which can be found HERE

We regret to announce that Shirley Collins is now unable to attend the event due to personal commitments. Please also note, due to illness, Carlton Melton is unable to perform at the festival. We apologise for any disappointment caused.

Stewart Lee adds: "It is with great regret we announce that Shirley can't appear, and she and I had been looking forward to reprising the lively conversation we had at the Royal Festival Hall last year. However, folk legend John Kirkpatrick, contemporary folk rock experimentalists Trembling Bells, and a raft of guests, will be performing their interpretation of Shirley and The Albion Country Band's 1971 classic No Roses album; the film-makers Tim Plester and Rob Curry will be screening a taster of their forthcoming documentary on Shirley; there will be solo sets from all the acts involved in the No Roses project - John Kirkpatrick, Trembling Bells, Alasdair Roberts, Lisa Knapp, Olivia Chaney and Sam Lee; and any spare morris teams within a reasonable radius are to be commandeered into the proceedings. All this and Japanese trance rock too. The cross-genre brief of ATP remains suitably eclectic."