For ATP's Nightmare Before Christas on December 9th-11th 2012, where Battles, Caribou and Les Savy Fav each curate and headline a day, we have again asked our curators to pick a group of books to recommend to attendees.

For this event our friends at the fantastic Lapham's Quarterly will be joining us to lead discussions on selected titles from the list. Lapham's Quarterly sets the story of the past in the frame of the present. Four times a year, the editors choose a question current in the headlines--foreign war, financial panic, the whereabouts of God--and bring answers to it from authors whose powers of observation and expression have passed the test of time. Drawing on sources ranging from the ancient world to last month's New Yorker, the editors reconstruct the backstory to today's events, which are rarely afforded any opportunity for real context in the modern media.

On the stands now: "The Future" issue, which travels through time to explore history's visions of tomorrow. It solicits the input of prophets, from the blind seers of antiquity to Nostradamus to Ray Kurzweil, surveys hopes and fears from the Book of Revelation to H. G. Wells to Martin Luther King, and wanders through sci-fi nightmares brought to you by authors from Jules Verne to George Orwell to Philip K. Dick.

The book lists picked by our curators are as follows...

Lapham's Quarterly will run discussions on Visit From The Goon Squad and Blood Meridian on Saturday 10th December and on City Of Quartz on Sunday 11th December.

Special guests will also take part in the conversations, including Stuart Evers, author of Ten Stories About Smoking who will take part in the Blood Meridian and Visit From The Goon Squad discussions. Whether you love the books or hate them—or haven’t had the chance to read them yet—come prepared to talk! Advance topics of conversation on each title with questions LQ are writing will soon be available, check at http://tinyurl.com/lqbooks later today for the questions! We have copies of the books and of Ten Stories About Smoking that comes in this great box (see below) to give away to the first attendees each day. 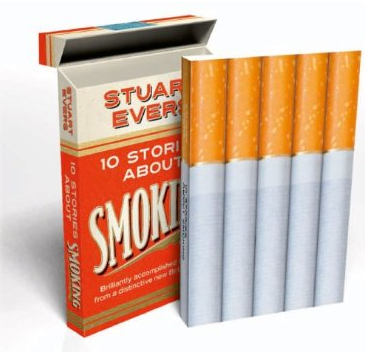 To sign up for the discussion or to get more info email atpbookclub@gmail.com.

For full info on all of the books listed above visit this link.