"Psych for the soul" Q

"With sonic relatives The Jesus & Mary Chain and The Brian Jonestown Massacre, Beatles melodies bloom beneath the distortion" NME

"If you're looking for the perfect album to soundtrack the abrupt transition from Summer to Autumn, Younghusband have made it" The Quietus

"Joe Meek atmospherics, classic shoegaze from 1991, a dash of C-86's shambolics and the blankness of post-punk" The Line Of Best Fit

"In a musical scene that is currently seeing many diverse artists have their say on the recent psychedelia-revival, their voice may just be a key one" London In Stereo 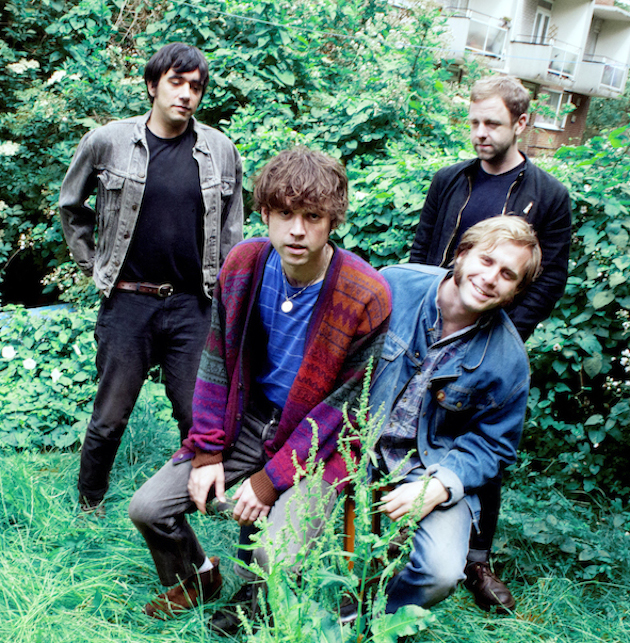 Pre-Order 'Dissolver' and get Better Times to download instantly on iTunes: tinyurl.com/atprdd57

Euan Hinshelwood, Joe Chilton, Adam Beach and Pete Baker emerged as one of a crop of so-called neo-psych bands in 2011. Under a canopy of reverb and phase, they could be heard hunting for escape routes from the played-out circus of British rock. While their debut album Dromes defined a scene, Dissolver sets them apart, taking in a wide sweep of guitar music and focusing it into a precisely individual proposition and garnering comparisons with Elliott Smith, The Shoes, and Big Star.

Having inked the map thoroughly with tours and appearing alongside the likes of Pond, Slowdive, Bo Ningen and Toy following Dromes' reception into psych world, in February the band upped sticks to Bristol for two weeks, feeling the need to free themselves from London's neurotic social circuitry. Out from the dark came Dissolver, woozily reflecting a corner of the land that is devolving back to flat beer, slanted cricket pitches and vertical class.

Recorded at Geoff Barrow's Invada studio and produced by Robert Hampson of LOOP, Dissolver also features Warren Ellis, who heard them through the label grapevine when they signed to ATP, providing strings for ‘Heavy Expectations' and the album's self-titled closer. Dissolver arrives like eulogy fireworks at the death of the record with the Dirty Three / Nick Cave and the Bad Seeds warlord summoning a final shower of violins. It's the ideal cadence on the gorgeous, patiently sought out sounds that populate the LP.