ATP Recordings is releasing a limited edition A6 publication of stills imagery for AUTOLUX's The Science of Imaginary Solutions to coincide with the release of the Mark Whalen (Kill Pixie) art / Thomas McMahan animated video for the track. 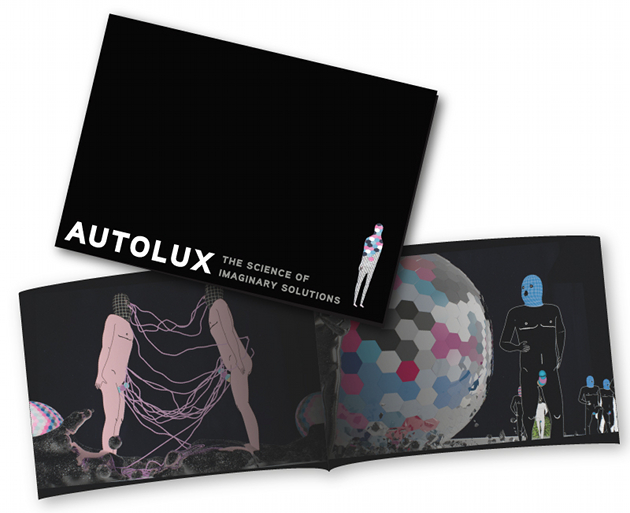 The album Transit Transit, called "cerebral, vibrant and dynamic all at the same time" by Q (4/5) and "full of the sort of implausible leaps of imagination that normally only happen in your sleep" by the BBC was released to international acclaim last year. The Science of Imaginary Solutions, the closing track on the album was hailed by Alternative Press as “the perfect aural denouement to summarize the various emotional highs and lows” of the album.

This physical edition is limited to 100 pieces and will include a code to download the track.

The video will premiere at a party Autolux is throwing at the LAUNCH space in LA in the East annex of the Variety building, across the street from LACMA on February 11 (7pm – 11pm) in Los Angeles. Everyone who pre-orders a copy of the publication will be sent the video on their Facebook wall (if they have one) on the night of February 11 at midnight LA time, which is 8am on the morning of Feb 12 in the UK - so they get it first!

Physical edition of the single will cost £4.50 and is available for pre-order here. ATP Recordings will also bundle the 10" of Supertoys featuring cover art by Mark Whalen (Kill Pixie) with it for £9 here until stocks last.