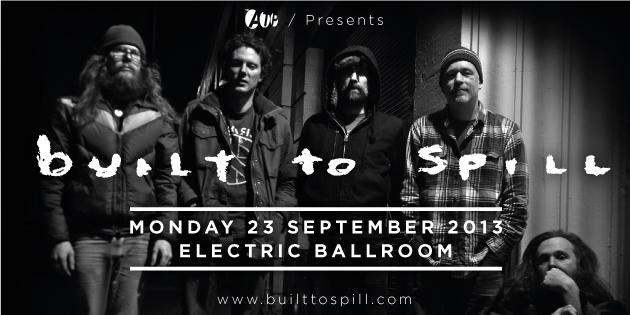 American indie rock cult heros Built To Spill will return to London this September to play the Electric Ballroom - this will be their only UK show.

"As a major influence on bands like Modest Mouse, the Strokes, and Deathcab for Cutie, Built to Spill have recorded some of the best albums of the last 20 years and their live shows are considered even better.  Their most recent record, "There is No Enemy", released in Europe on ATP records, was a fan and critic favorite.  The band followed it up with a couple years of touring clubs and festivals in the U.S., Europe, and Australia, including long stints with Dinosaur Jr. and Kings of Leon.  With a new rhythm section, the band is poised to increase its creative output as recording artists and live musicians."

Tickets are on sale now, full details below...