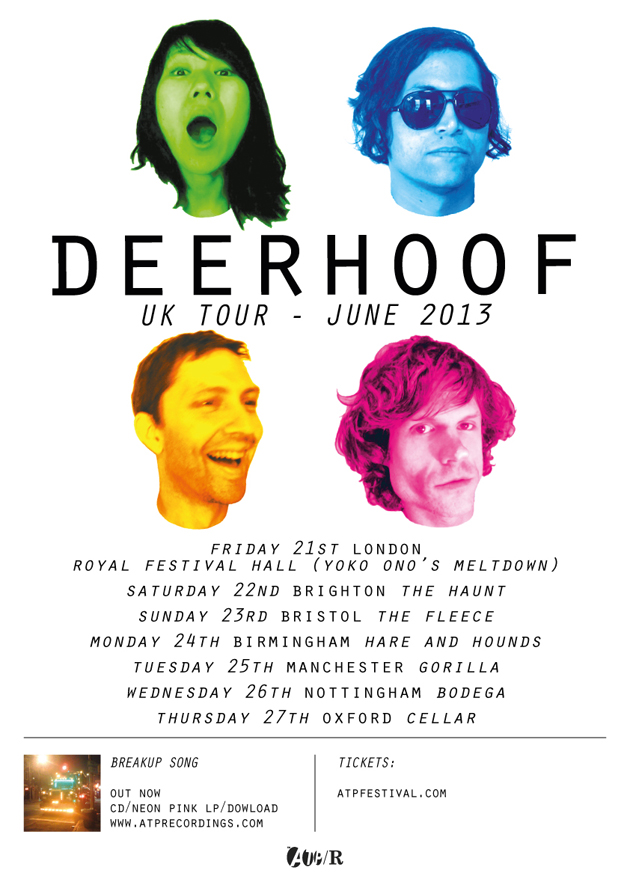 ATP Recordings are excited to announce UK dates from Deerhoof in support of their stunning latest album Breakup Song. Some reviews:

All shows on sale Friday 10th May from 10am: