The original soundtrack to Jim Jarmusch's crypto-vampire love story 'Only Lovers Left Alive' is officially released today in the UK and Europe on vinyl and CD through ATP Recordings! The US and Australia release will follow on 8th April. 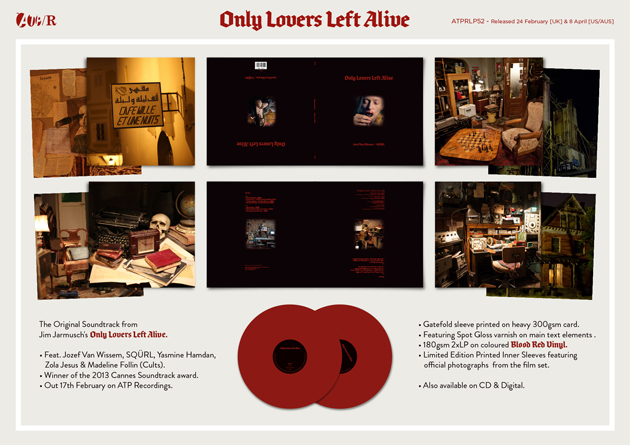 The release is available on 180 gram blood red vinyl (with download code) or CD through the ATP store HERE.

You can also purchase the album digitally on iTunes HERE.