With great pleasure we announce the European release of the new YAMANTAKA // SONIC TITAN album Uzu on ATP Recordings. The album will be released on CD, vinyl and download on 12th May - pre-order your physical copy now HERE. Check out the video for album track ‘One' HERE. 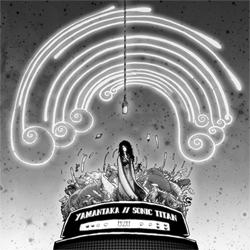 It is safe to say there is no other band like YAMANTAKA // SONIC TITAN on the planet. In a world that is increasingly homogenized, a band like this is all the more important for demonstrating how disparate cultural perspectives can merge into something entirely new while retaining their individual sovereign character.