Yamantaka // Sonic Titan to play in London with Eaux

It is with great delight we present ATP Recordings artists Yamantaka // Sonic Titan performing at Village Underground in London on 26th May. Tickets are on sale now HERE. 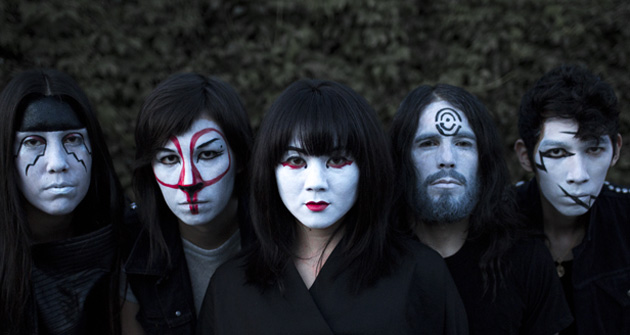 It's safe to say there is no other band like YAMANTAKA // SONIC TITAN on the planet. In a world that is increasingly homogenized, a band like this is all the more important for demonstrating how disparate cultural perspectives can merge into something entirely new while retaining their individual sovereign character.

"Imagine Yoko Ono fronting Black Sabbath. Imagine each member of the band is dressed like a member of Kiss, facepaint and all. Imagine them playing the driving motorik rhythms of Neu! or Can, but speeding them up until the whole crowd is pogoing like they do at the best punk shows" - NME

Support will come from Eaux.

The YAMANTAKA // SONIC TITAN album 'Uzu' is due out May 12th. You can pre-order the CD and Vinyl HERE.