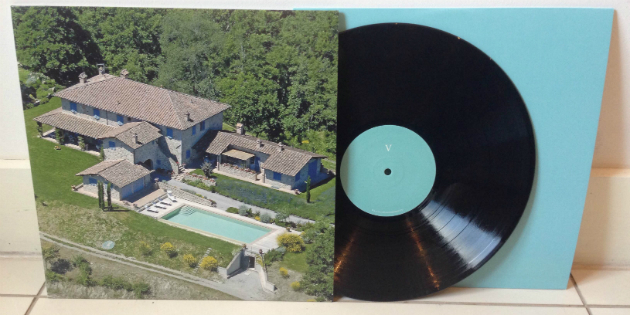 Country Music is the second album by prolific experimentalists Vision Fortune, and their first for ATP Recordings, having previously released music with the likes of Gringo (Hookworms), Italian Beach Babes (Eagulls, Fear of Men, Male Bonding) and Rocket (Goat, Teeth of the Sea). Recorded during an intense two-month research residency, generously funded by the Cuatroquesos Foundation, in the idyllic yet remote region of Tuscany, Italy, Country Music is both a significant development and audible departure from the sound of the band's debut Mas Fiestas con el Grupo Vision Fortune.

Confined in an expansive country villa for the duration of the project, the group soon found the breathtaking beauty of the area little compensation for the almost complete lack of wheat-and/or gluten-free products, a severely limited selection of DVDs, and minimal recording equipment. Only able to record in scant free hours, and forced to make the most of their immediate sonic environment, the group often had no choice but to forgo their simple daily routines of sampling local gastronomic delicacies and honing their horse-riding skills in order to complete the album.

"Unsettling, strangely cathartic and hook-free (in a good way)."
- Dazed ("Twenty albums to look out for in 2015")

"Swaddling the senses in soundwaves, Minimal ambient sketches and harsh electronics abound on this fascinating 12-song affair"
- The FADER

You can also grab the album on iTunes HERE