* these tracks appear on the vinyl picture disc

Some acclaim for Transit Transit:

4/5, "This is music of incredible confidence and haunting complexity." - The Sunday Times

8/10, "Put together with the kind of meticulousness that makes Transit Transit doubly compelling. Make the most of it." - NME

RECOMMENDED, "Musically Autolux have made a quantum leap." - The Line Of Best Fit

Autolux will be touring across Europe this December -

For a live video of Autolux performing Spots from Transit Transit check out the LiveBuzz website:

To coincide with their tour, Autolux release the double A-side single The Bouncing Wall / Census throughout Europe on ATP Recordings on 6th December 2010. This is the second single from the group's second album Transit Transit, the long- awaited follow-up to their critically acclaimed debut Future Perfect. The 7” picture disc single is limited to just 500 copies, and includes three limited edition postcards (see below) and a download card featuring a brand new instrumental track, 23 Watt Apple Juice and an additional remix of Kissproof by Bobby Evans (producer of Brother Reade and Widows). The singles will also be available as a standalone digital download.

Also included on the download card as a bonus track is Black Leaves, a mix of a sound installation Autolux created for the Mark Walen (Kill Pixie) show, Paralleled Opposites at Merry Karnowsky Gallery in LA in November 2010. The exhibition included a 10-foot square tiled enclosure that could be entered through a single doorway. Within the confines of the installation, a more intimate multidimensional sensory experience was created by paintings installed alongside hand sewn paper botanicals, with this sound installation, Black Leaves, by Autolux in 3 parts amplified from 3 different directions.

The 7” artwork is from a photograph by Drew Reynolds that Australian artist Anthony Lister painted over. The set of three photographs originally appeared in the Filter Good Music Guide.

Since they stopped touring in support of Future Perfect in 2006, the Los-Angeles based trio has been steadily crafting the songs that make up Transit Transit, as well as continuing to play sold out shows to an ever-growing fan base and opening for a who’s who of the music world - including PJ Harvey on her first solo tour of Russia, and more recently, Thom Yorke, with his latest project, Atoms For Peace. In September 2009, Autolux went on their first headlining US tour, which included an appearance at the Flaming Lips’-curated All Tomorrow's Parties.

Autolux (Carla Azar: vocals/drums, Greg Edwards: vocals/guitar. and Eugene Goreshter: vocals/bass) produced Transit Transit themselves with Edwards serving as engineer. It was recorded in the band’s studio, Space 23, located near downtown Los Angeles. The album begins with it’s title track, an utterly unique concussion of rhythm, created from a looped sample of an old freezer slamming shut and a simple round of chords from an upright piano. The hypnotic density of the vocals and organic futurism of the instrumentation instantly rearranges any preconceptions about the 'autolux sound'. “Census” and “Supertoys” play like the logical evolution and refinement of Future Perfect, delivering propulsive grooves and atmospheric chord changes, while “Highchair” combines a simple, yet effective drum machine beat with tympani-esque tom overdubs to create an orchestral lo-fi dance track. There is a notable sonic progression throughout Transit Transit: vintage synthesizers and manipulated ambience glue central song components together, several tracks are built around piano, all three members take turns with lead vocals, harmonies are abundant, and there is even a bit of trumpet. Ultimately, Transit Transit is propelled by its individual members’ strengths, coalescing into beautiful, complex songs. Goreshter continues to innovate his bass style, effortlessly modernizing the instrument's melodic role, while still providing an on-edge rawness and groove-filled momentum. Edwards' guitars serve to modulate the moods throughout the record, constantly evoking feelings found in the space between emotions. And Azar's sturdy, creative drumming (a phenomenon to behold on stage) continues on record with plenty of hook beats - ferocious and delicate, at once.

For more information on Autolux, press should please contact Will Lawrence on will@inhousepress.com 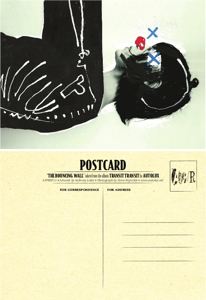 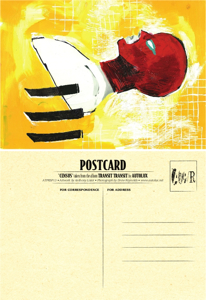 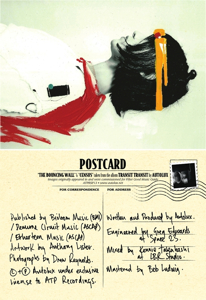